Getting Started with the Crux builder 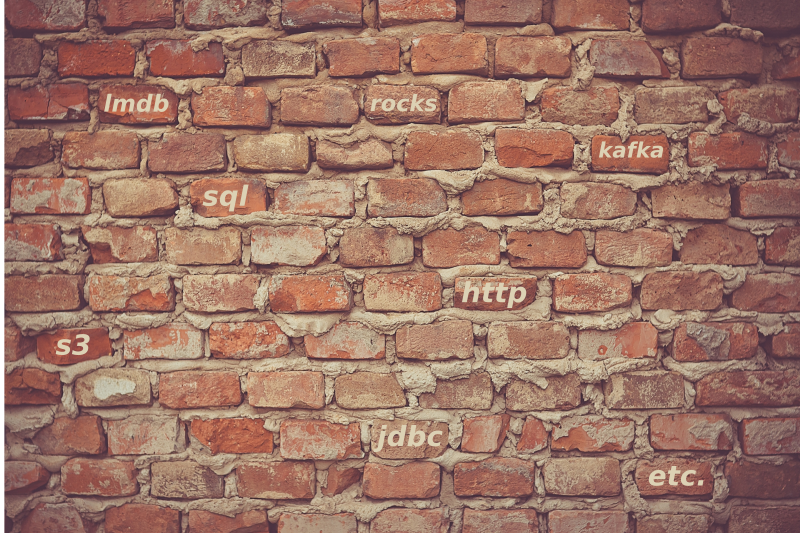 Spinning up a new Crux node is generally a case of including the relevant Crux dependencies within your project, defining a 'topology' configuration, and then making a call to start-node with that configuration. This is not a particularly difficult process but it still requires you to dip into Clojure or Java before you can get something running.

We created the crux-build tool to bypass this process and make getting started much simpler for non-Clojure users.

crux-build was initially released with Crux in 20.02-1.7.0-alpha. It offers a small range of 'batteries included' JARs and Docker containers to help you get a basic Crux implementation running, and an easy mechanism to generate your own custom Crux deployment artifacts.

On the Docker Hub page there is a basic tutorial for getting started with the Crux REST API, and you can find out more in the docs.

crux-standalone is intended for users to get started with Crux, without requiring any prior Java/Clojure knowledge. It contains an in-memory node that does not persist any data across restarts.

We plan to provide further 'batteries included' implementations in the future (suggestions are welcome!), but let’s now take a look at how to generate custom Crux deployment artifacts.

Roll your own Crux deployment artifacts

Alongside the JARs deployed on the GitHub releases is crux-builder.tar.gz - using the scripts in this archive, we can customise and build a JAR or a Docker container.

The clj-uberjar folder contains a number of files:

In this example, let’s add rocksdb as the KV store, storing the indexes in a folder called 'crux-indexes', and the standalone tx-log/document-store in crux-event-log. First, we add crux-rocksdb as a dependency in deps.edn. Then, in crux.edn, use this new topology:

To build the JAR, run the build-uberjar.sh script. You can optionally pass an UBERJAR_NAME (for example, crux-rocks.jar) to the script, otherwise the built uberjar will be called crux.jar. Running the JAR will now start up a similar node to crux-standalone, except with persistent storage.

Similarly to building a JAR using the Clojure CLI tooling, we can also build an uberjar using Maven. In the mvn-uberjar directory, we can add dependencies to the pom.xml file, update the crux.edn file as before, and then run build-uberjar.sh to create the uberjar.

In the docker directory, there are a similar set of files to the uberjar examples above, as well as a Dockerfile and a build-docker.sh script. As with building a JAR, we can add rocksdb as the KV store - first, by adding a dependency on crux-rocksdb to deps.edn Default index and event-log directories are already configured within the sample crux.edn (allowing you to map the Docker directories and give the images persistent storage), we just need to add crux.kv.rocksdb/kv-store to the :crux.node/topology list.

To build your Docker container, run the build-docker.sh script. You can optionally pass an IMAGE_NAME and IMAGE_VERSION to tag the container with (by default, the custom Docker container is called crux-custom:latest).

This is only scratching the surface of different setups that Crux’s unbundled nature allows - for more information, check out the configuration section of the docs.

As always, feel free to reach out to us on Zulip, the #crux channel on the Clojurians' Slack or via crux@juxt.pro.