Meet up with Karsten Schmidt

If you go down to the woods today…

The Clojure language draws together a diverse set of talents that makes for a great community full of inspiring developers.

A good example is Karsten Schmidt. Karsten has been a big influence on me and others Clojure devs I know. He combines a passion for creative programming with extraordinary accomplishment, demonstrating that there are few limits to where you can go and what you can do as a programmer.

I first met Karsten in London when he was busy preparing for an art installation at the Barbican Gallery in 2014. I later visited the exhibition and saw his work first-hand. 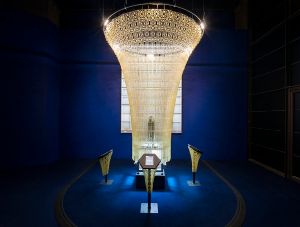 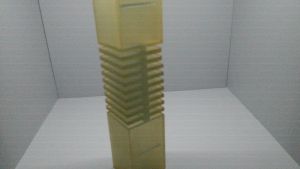 The installation centered on a 3D printer protected by a 3-story high enclosure. Pedestals surrounded the enclosure, each holding an iPad running a software application for creating 3-dimensional objects. The software was written in ClojureScript, with a beautiful user interface (which itself could be considered a work of art).

Visitors to the exhibition, many of whom were children, created 3D objects using the software and submitted them to the 3D printer. The best creations were showcased in a display cabinet against the wall. I took a picture of one of these (these top two images seem computer generated, but they are actual photos). 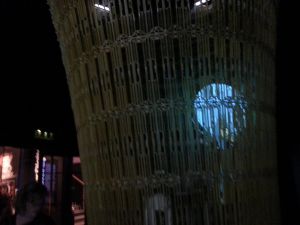 It's almost impossible to see from the photograph, but on the left-hand wall is a small door leading to a small dark room where Karsten spent many days setting up the exhibit, working conditions that were hardly better than Michelangelo's when he was working on the (2D) ceiling of the Sistine chapel.

In his 2001 essay, The Roots of Lisp, Paul Graham describes the 'discovery' of Lisp as 'a landmark in the history of computers'.

"John McCarthy … did for programming what Euclid did for geometry. He showed how, given a handful of simple operators and a notation for functions, you can build a whole programming language."

Alan Kay once described Lisp as the "Maxwell's equations of software".

As Clojure developers, we believe this approach to building complex systems is more relevant today than ever. You reduce things down to atomic building blocks, which you can then compose together to form incredibly complex structures, such as computer systems or biological organisms.

As Graham's point suggests, there is a deep symmetry between geometry and Lisp which Karsten demonstrates in his work, both visually and, by choosing to work in a Lisp, in the code itself. 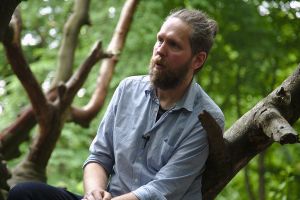 Karsten has a rare, if not unique, programming style. He writes all his libraries using Knuth's Literate Programming style, where the code is written in snippets interwoven with the documentation. From this documentation (written using Emacs's 'org-mode' format), Karsten generates both Clojure and ClojureScript sources which are then compiled. So not only is his source 'open', but accessible too.

The best example is his geom library, which starts by defining points and lines, gradually forming rectangles, bezier curves and quaternions, meshes, matrix transformations, and just keeps going. If Euclid was alive today, I bet he'd be a Lisp programmer (and maybe a ClojureScript one!)

As Paul Graham also remarks in the same essay:

"It seems to me that there have been two really clean, consistent models of programming so far: the C model and the Lisp model. These two seem points of high ground, with swampy lowlands between them."

There are many other 3D libraries (arguably derived from the 'C model' that can produce similar results to geom, but what makes geom stand out is its Lisp foundations which enable playful creativity, discovery and experimentation in a world of 3D. This is a reoccuring theme that we are exploring at XT16, more on that later! 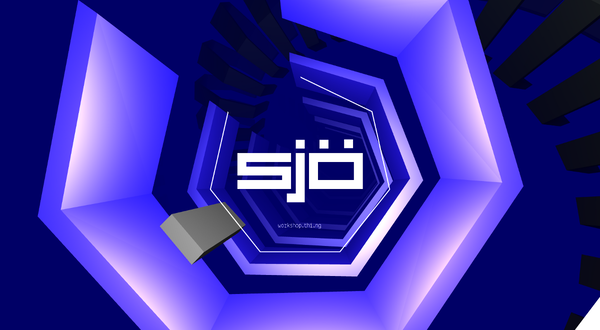 Ever since I discovered geom and Karsten's other libraries I've wanted to spend some time learning the basics, and perhaps one day to experience the power of wielding geom on real-world projects. So earlier this year I booked myself on one of Karsten's unique courses. The particular course I chose was on WebGl in the browser with ClojureScript, since I'm interested in combining WebGL in my applications and see the browser as the catalyst to a new wave of consolidation between 3D-graphics and business user-interfaces.

The course was excellent and hugely fun, yet challenging too and I took away an enormous amount of practical knowledge. I could explain more about the course here, but Karsten's already published a great write up of it. I loved experimenting with the code and trying out things: "what happens if I change this value to X" and the browser reload kicking in and showing me. But watching Karsten's wizard-like prowess with these libraries was something to behold. (If you want details on Karsten's future courses, see here).

Jon Pither and I caught up with Karsten recently in his home borough of Highgate, North London to talk about Karsten's work, philosophy, current projects and his upcoming talk and live-coding at XT16. We entered the woods (what Karsten calls his 'office') and had some fun building a makeshift tripod for the camera. You can eaily tell that Karsten's appreciation of Nature influences and inspires his programming work.

We're very excited that Karsten is coming to our XT16 event in the Autumn and giving a talk with some live-coding. Due to the intimate nature of the conference there'll be plenty of opportunity to meet and socialise with Karsten (and everyone else!) both during and afterwards.

If you haven't got your ticket yet, then visit our (ClojureScript-powered!) XT16 ticketbooth. Sadly it doesn't yet use Karsten's geom library, but who knows, coming to the conference might be the first step in your own ClojureScript 3D adventures!