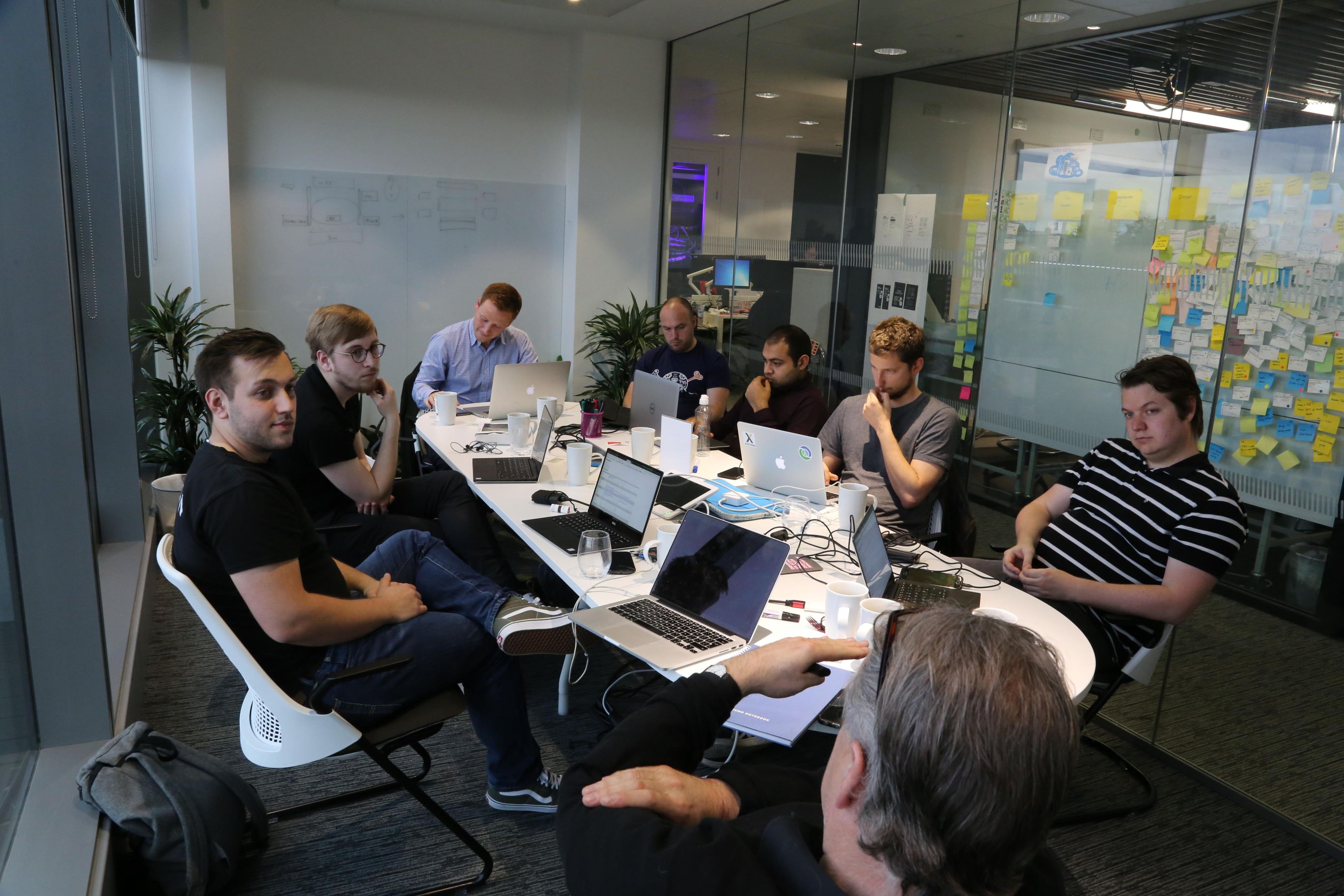 2017 was a busy year at JUXT. We’ve bedded down and focused on delivery for our core clients, but we’ve also moved office, attended and spoke at various conferences, continued work on our open source libraries, launched new training courses, and we’ve been hiring some amazing people and growing.

Over the past year we have invested in compliance for our cloud environments, ensuring that our systems meet various regulatory criteria. This will be an important area for us and the industry going forward, and we’re very pleased to have made significant progress.

The backbone of the work involves making all our cloud deployments infrastructure as code. We use Clojure to generate our cloud descriptions, and tools such as CloudFormation and Terraform to do the subsequent heavy lifting. I talked about the approach our team use here at ClojureX, and the libraries Mach and Roll which have been spawned out of the approach (Malcolm spoke about Mach at Dutch Clojure Days).

On a different tack we have used GraphQL on multiple projects and we have tackled the challenge of opening up 'enterprise data' for query, in one case using Datomic as an indexing tool on top of an existing data fabric in a large financial institution. Datomic is attractive in this regard for its ease of declaring additive schemas, graph query capability, and for speed of data retrieval via the Peers.

GraphQL excites us for the ability to provide a centralised, enterprise level query capability, which is so often lacking, where data is usually spread about into various isolated data stores and made difficult to access. The approach of GraphQL is no silver bullet, and there will be subsequent challenges such as schema versioning and management, but we believe it’s a major step forward. It can be a game changer to give humans intuitive tools for exploring data, built upon an industry-adopted data access standard.

I met a lot of developers when I worked for ThoughtWorks a decade ago, and I still lurk on their alumni mailing lists. From this and many conversations I’ve had in general, it still feels like Clojure is a hot language that developers want to use and to recommend. The types debate will always divide (although for me Rich Hickey put the argument to the sword in his recent Clojure conj keynote talk), but Clojure does have a rigorous philosophical underpinning of simplicity and immutability that intuitively feels right to a lot of people.

The tooling continues to improve, a hot of the presses example being a speed-up release of CIDER, not to mention all the ClojureScript explosion of goodness we have seen recently. Clojure is 10 years old now, and whilst the extremely laggard organisations will always be conservative in language selection up until the last possible moment, the bulk of the industry - including NASA - is embracing the parens.

To conclude, we’re looking forward to another year of building software using the amazing tools that the community has served up in spectacular fashion. It’s becoming clearer, that when the tools are available, you can build software faster and more honestly, giving the users what they want without getting bogged down in heavyweight processes and subsequent large scale team management issues. The good tech and the good people hang together, and we need both.