Looking back at our one day conference 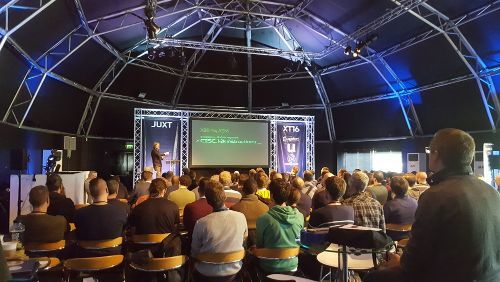 So XT16 has been and gone. In the run-up we had mused that if nothing else, XT16 would be a unique experience for our guests. For a start we had marketed it to Clojure practitioners, except that there was very little Clojure in it. It was like a 'non-Clojure Clojure conference'.

Factor in also that the venue was set in the countryside away from London, the building itself being inside of a secured automotive testing facility. Our guests had to have their mobile phone cameras stickered over just in case they were to photograph an elite new sports-car doing the testing rounds.

It was all a bit crazy but we were extremely pleased that it seemed to work out. Our theme was 'technology at play' and to keep things playful we had Ukuleles spread about with intro beginner sheets for people to experiment with. 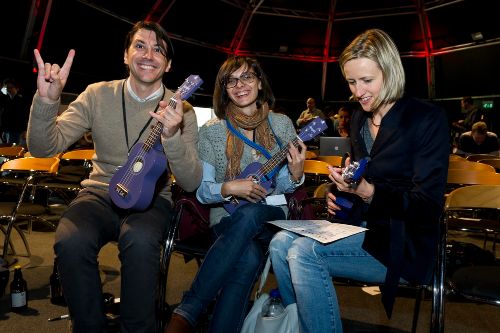 Then we had a performance during the lunch break: 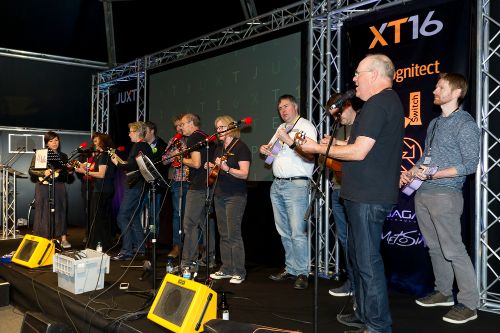 This was after a pre-conference shared mindfulness meditation session that helped prepare our minds. At lunch time our guests indulged in a spot of axe-throwing and archery. 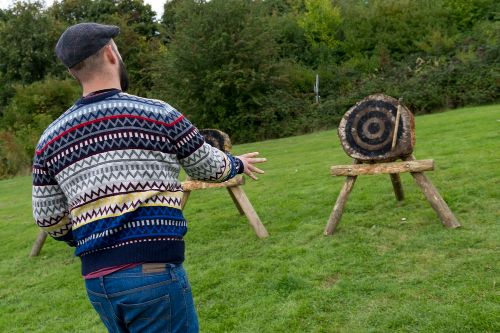 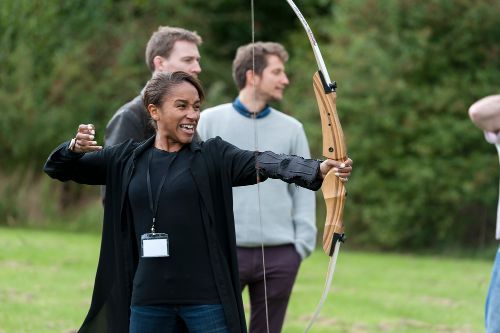 Close to the venue was a brewery called "XT Brewing" and so it made perfect sense for us to label our very own XT16 beer: 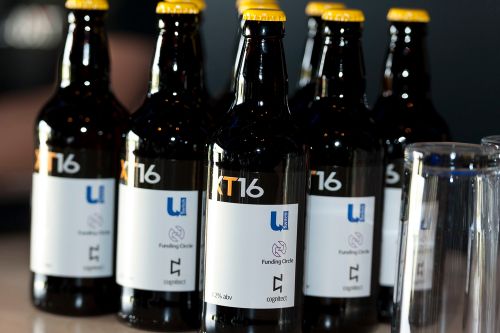 And we asked our local Milton Keynes coffee company Bogota Coffee Company to provide the excellent coffees and snacks. 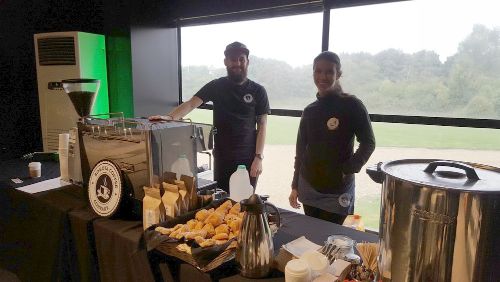 And we had a hog roast for lunch. 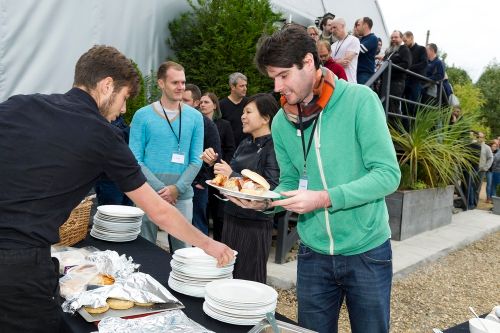 What really made the day of course, were the talks. We had selected the talks that would hopefully challenge the audience whilst entertaining them, and we were not to be disappointed.

The first speaker was James Lewis from ThoughtWorks giving a keynote talk on the 'bazaar to the bizarre'. He gave us an entertaining and informative whirlwind talk on the state of the open source, trends, and where we're headed. 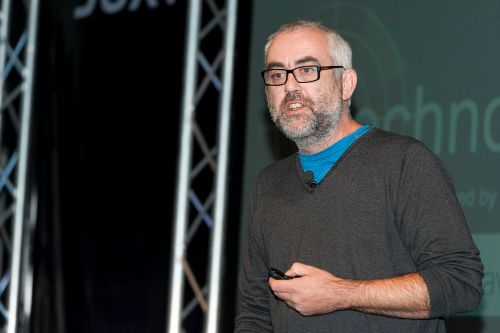 Then Karsten Schmidt found beauty creating amazing 3D designs with a few lines of just Forth; 'Lisp is a great high-level language, Forth is a great low-level one. He showed us his work as an artist using computational design that is frankly astonishing. 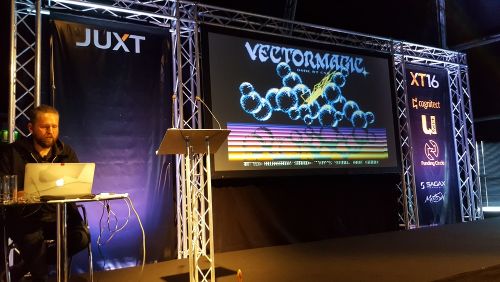 Then Håkan Råberg took us on a personal search for simplicity. He told us of his journey to write a Scheme in x86-64 assembly, revealing what he had discovered from a technical and philosophical viewpoint. 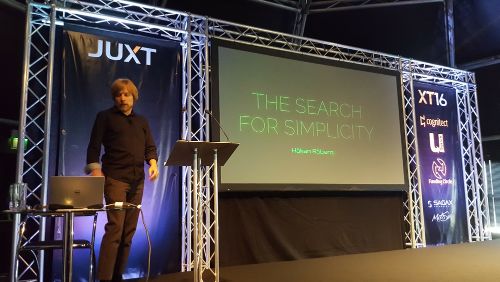 Portia Tung - who was instrumental in our theme of 'Technology at Play' - gave us an inspiring and vital talk on why play is so crucial in the work place. 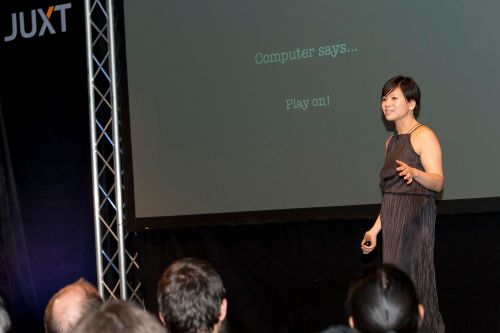 Kris Jenkins got up and strummed a Ukuele in a poetic rage against Angular.js, and then live-coded a 'virtual audience' web application using Elm to take Q and A. 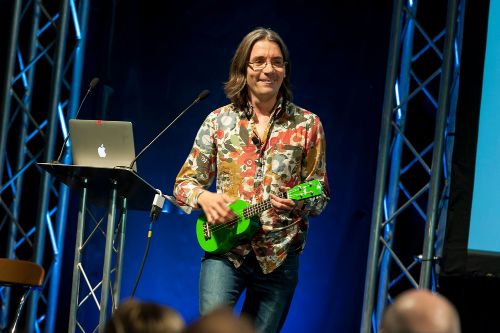 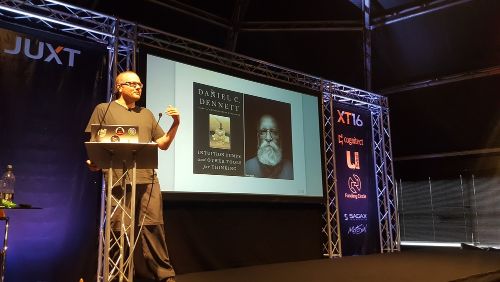 Frankie Sardo gave us a pragmatically insightful talk on 'ClojureScript without Borders', giving a live coding demonstration of simultaneously deploying code to native mobile devices and the browser. The code used for his talk is here. 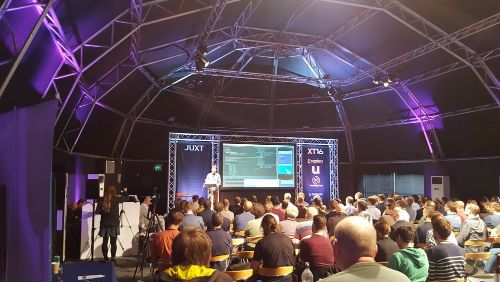 Martin Trojer gave a talk on 'beyond Clojure', with a running hint that 'all roads lead to Haskell'. He talked us through the various differences in the type systems of modern languages and gave opinions on his own preferences. 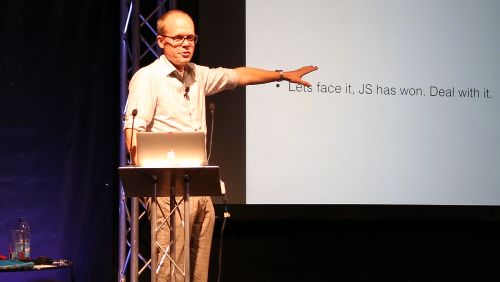 Sam Aaron talked about Communicative Programming and how code should be accessible to a 10 year old. His style was what you'd expect from Sam - thought provoking and entertaining. 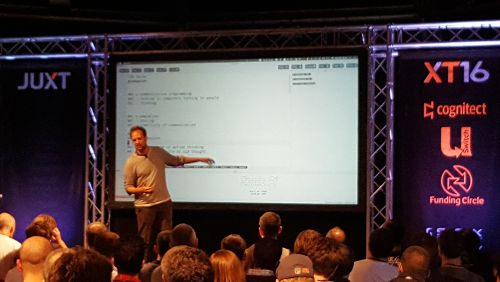 Futurologist James Woudhuysen gave us a tour de force about the future, and how what we do at work matters. He didn't hold back and claimed that innovation is stalling, that we're not going as fast as we need to be going. It was a fantastic closing keynote that challenged every person in the audience, elevating our minds back up to focus on the bigger picture: humanity. 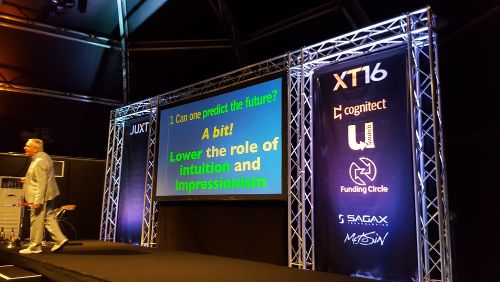 After this we had a large pizza order arrive and people got chatting and drinking, with Sam Aaron and others on stage programmatically creating the beats using Sonic Pi. Then we had a party bus take us to the after-after party at a Milton Keynes cocktail bar. 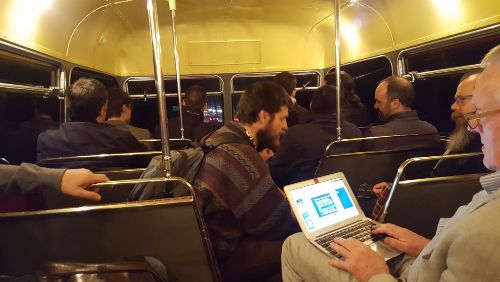 It was a fun day. There are more photos here and stay tuned for videos of the talks soon to be released.

None of this could have been possible without our brilliant sponsors supporting the day: our Gold Sponsors Funding Circle, uSwitch and Cognitect, and our Silver Sponsors Sagax and Metosin. Check out these companies. 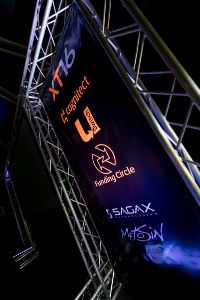 See you at XT18? There will be no XT17. Thank you to those who made the trek out into the countryside! 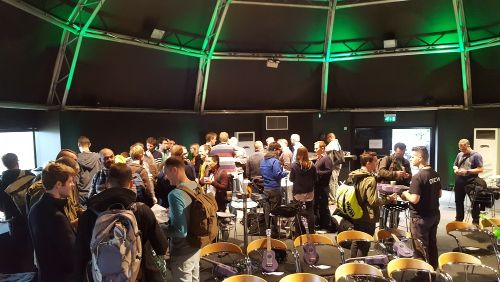 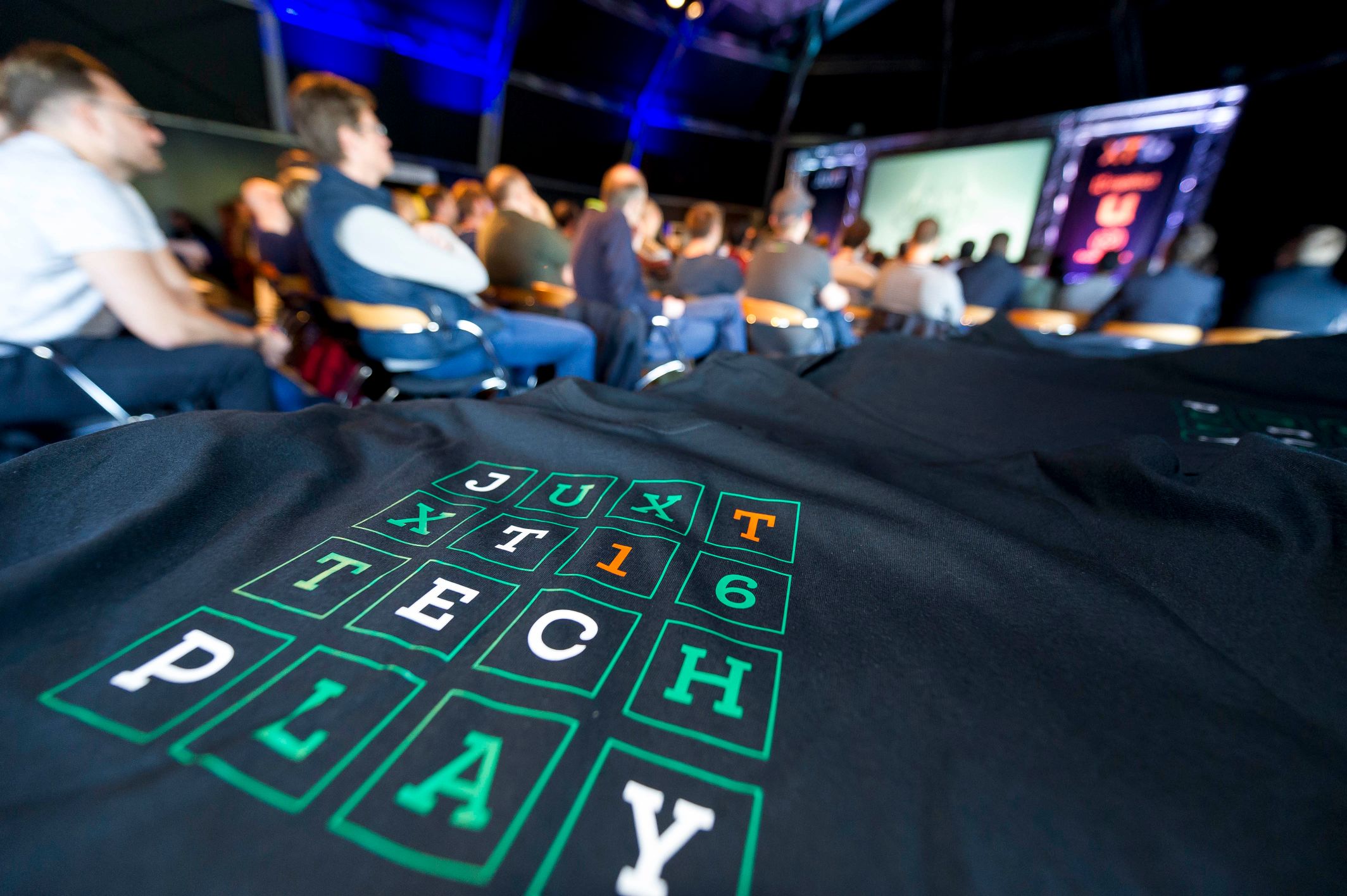